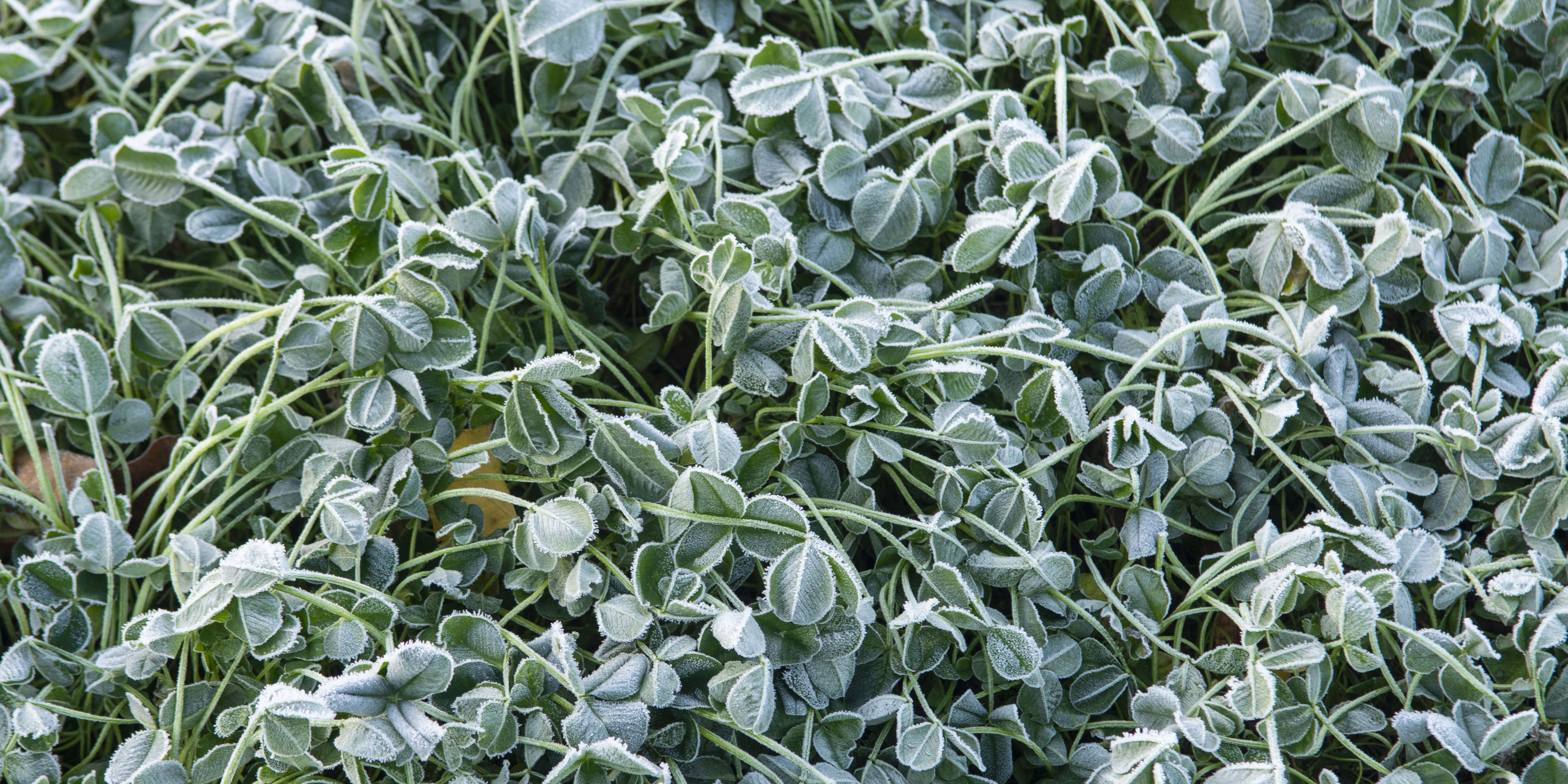 It's Cold Out Here… What's Your Soil Life Doing?

It may be cold outside, and at this time of year, the soil temperatures are very frigid if you are a microbe or fungi—but that doesn't mean things aren't getting ready to happen. There are a multitude of factors that influence how active your soil life is over the winter season, and the most important one is cover crops.

Cover crops help keep the soil protected from extreme temperatures by holding snow cover, providing insulation, and winter annuals will even continue to photosynthesize in cold temperatures. When this happens, the crops continue to put small amounts of sugars into the soil for biological food. Let's look forward to what will happen in just a few months when the soil world really gets going. You might think spring is busy for you, but microbes and fungi never sleep when soil temperatures start to warm up. These guys go 24 hours a day, and they don't even take off for holidays, which kind of makes you feel like maybe your spring isn't as busy as you thought.

What do microbes and fungi actually do for our soil and plant health? We talk a lot about the benefits of a diverse, healthy soil life. Probably the first and foremost benefit of healthy soil microbes is the decomposition of soil organic matter. Soil organic matter is basically all the organic substances in the soil, or in other words, anything containing carbon, whether living or dead.

Soil Organic Matter (SOM) can be divided into three categories

The really dead or humus portion is long term SOM that is resistant to further decomposition—it is hundreds or even thousands of years old. Of course, healthy biological soil will continuously be cycling, and humus is being created at all times. The dead is cover crop roots, cover crops killed and allowed to stay in the soil, and other digestible plant residues left in the crop field. The living is the current microbes and fungi that are living and digesting plant residues. Microbes need continuous supplies of dead SOM and plant sugars and proteins from growing plants to be as healthy as they can be and help the grower be more productive. The vast majority of soil microbes live under semi-starved conditions, which leads to a semi-functioning soil system. Another issue is when soil microbes become stressed, the types of biology present can change into less productive bacteria, which is not beneficial to your soil or your plants. SOM's molecular structure is mainly carbon and oxygen with some hydrogen and nitrogen and small amounts of phosphorus and sulfur. Soil organic matter is a by-product of the carbon and nitrogen cycles.

Carbon is extremely important for healthy soil and healthy crops. Carbon makes up the vast majority of a plant's dry matter, and plants need carbon in the form of Carbon Dioxide (CO2). As microbes digest dead residue, they use oxygen (this is why it is important to have a loose/tilth soil with room to hold oxygen) and proteins (nitrogen), and they release CO2. Plants above ground benefit directly from soil released CO2. Higher levels of CO2 will increase crop growth; this is why plants will grow faster with increased levels of soil CO2. This is a fact. Okay, we want more carbon, but how do we get it? The atmosphere has some CO2, and plants absorb it from the atmosphere as well as the CO2 coming up from the soil. Plants then combine this carbon with the sun, water, and other nutrients. This creates sugars and builds a healthy plant in the photosynthesis process. These sugars that the plants share through exudates into the soil then become food for the microbes along with carbon, nitrogen, and other nutrients, and the cycle continues.

The message to remember here is that if your farm's goals include building healthy soils and plants and increased crop yields, then the first thing to do is focus on soil life.

The soil is a little like a wood stove. The more you feed it and tend to it, the faster and hotter it gets. If you do nothing, the fire will go out. Being somewhere in the middle is okay, but why accept that when it is very achievable to get your soils to be really productive. Since 2019 Fertrell has been offering two different beneficial biological packages. One is strictly bacteria based, and the other is a combination of bacteria and mycorrhizal fungi. At a reasonable cost per acre, you can use one of these products mixed with your fertilizer to ensure that you have the right kinds of microbes and fungi in plentiful supply in your soil. This, in conjunction with aggressive cover cropping and crop rotations, will absolutely be your least-cost way to have the healthiest soil possible capable of storing large amounts of carbon and additional nutrients for release while your crops are growing. Although it is cold today, soil temperatures will be on the rise soon—don't forget about microbes and fungi, your soil's most essential workers. 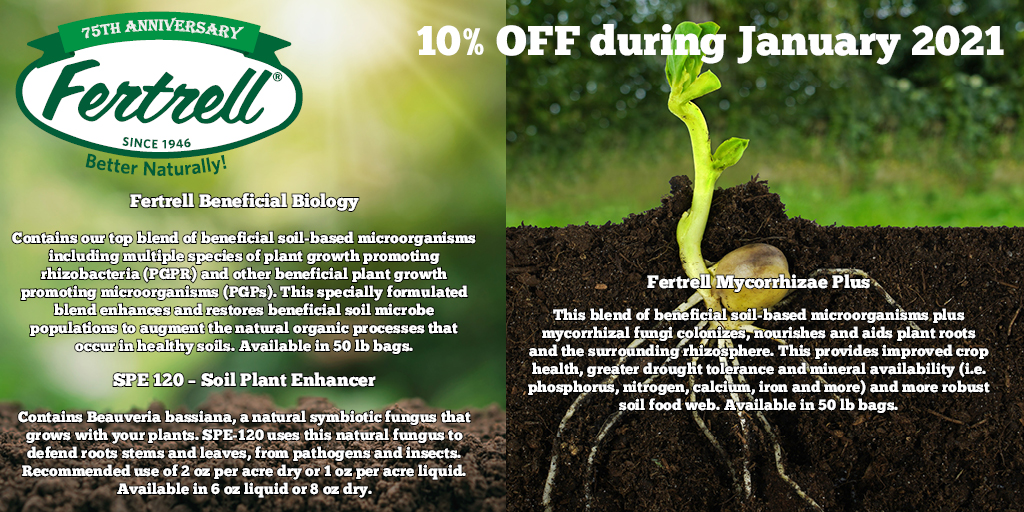 Orin is on the agronomy team at Fertrell. Specializing in row crops and larger farming ventures on the soils side, he runs a 50-cow organic dairy farm as well.